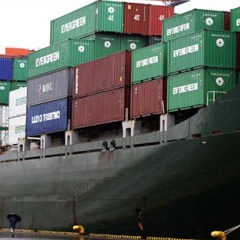 This month all the attention is on the final decision over Japan joining the TPP and what that means for the Asia -Pacific Region.

November 12, 2011, the Leaders of the nine Trans-Pacific Partnership from developed countries such as United States, Australia, Singapore, New Zealand, and developing countries that are good destination for  Nearshore Outsourcing of the first group, such as Brunei Darussalam, Chile, Malaysia, Peru,  Vietnam, defined the broad outlines of an ambitious, 21st-century Trans-Pacific Partnership (TPP) agreement, focusing mostly  over trade and investment among the TPP partner countries. These countries represent about 26 percent of global GDP and approximately 17 percent of world trade.

The Trans-Pacific Partnership (TPP), is a multilateral free trade agreement, where it’s main goal  is to eliminate 90 percent of all tariffs between member countries and reduce all trade tariffs  within the group to zero over a ten-year period , by the year 2015, considering that the origins of this agreement is back to the  year 2005-2006.

This agreement defines  aspects such as:  a free trade agreement between their members, including trade in goods, rules of origin, trade remedies, sanitary and phytosanitary measures, technical barriers to trade, trade in services, intellectual property, government procurement and competition policy,  labor, the environment, transparency and dispute settlement.

United States has a particular interest in Japan’s entry on TPP, first because the TPP group accounts for only six percent of U.S. trade, about the same fraction as U.S. trade with Japan alone.  Second, Japan is a major importer of U.S. goods and services, and particularly of expensive advanced-technology products, such as jet engines, numerically controlled machine tools, and biotechnology products.  The entire contrary, U.S. is registering a trade deficit with China, which is gaining more economic domination. The TPP is the first trade agreement which President Obama did not inherit from his predecessors.

It is expecting that the Prime Minister of Japon,Yoshihiko Noda , will announce  that Japan will join the negotiations.

A good reason for Japan to join the PTT is also because of China’s new foreign policy assertiveness.

Every year, the TPP parties are establishing new rules to reflect the growing economic importance of the Asia-Pacific region and its role in manufacturing, global supply chains, and as a destination and source of foreign investment. So far, this has included new rules on regulatory coherence, supply chain management, intellectual property and investment.

One of the US proposals recently was defining the rules on state-owned enterprises to address market distortions caused by unfair competition from government-owned businesses.