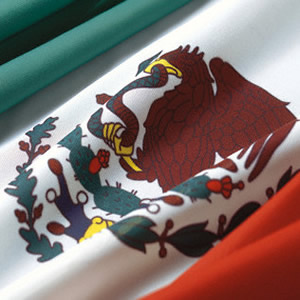 Trade friction between the United States and China over everything from cars to chemicals, with greater attention on issues such as steel, patents, Hollywood films, etc., is affecting the relations between the two countries.

This month The United States Senate voted to pass the currency bill that allows Washington to impose punitive tariffs on Chinese exports.

The bill is essentially trade protectionism, and can be seen as a violation of World Trade Organization rules.

Since 2005 the cost of manufactured goods from China has risen by 40 percent, because of a more significative increase of wages in China, which may indicates to United States Corporation to reconsider their production locations.

Wages in China are almost the same as the wage rates in Mexico, and with the friction between China and US, transnational corporation can relocate their production into Mexican Maquiladoras.

Also Mexico is reconsidering it’s strategy, not only is collecting duties and tariffs but also is considering  strategies that can promote investments.

An advantage that Mexico has and can reduce Mexico’s overall supply chain costs is the low cost of transport to the US.  Geographically being close to the US, allows lower levels of inventory, that can be reflected on cost saving.

In this way, a significant battle Mexico has won, the trucker dispute that was solved this year.

There are certain sectors with a long tradition and experience in Mexico such as the automotive to the electronic sector, with consolidated clusters all over the border cities.

Also an advantage is considered a shared culture between Mexico and US.

There is a range of value-adding services that Mexico can offer with greater ease than the Chinese, such as: management consulting, IT outsourcing and other support services that can improve the efficiency of the whole supply chain.