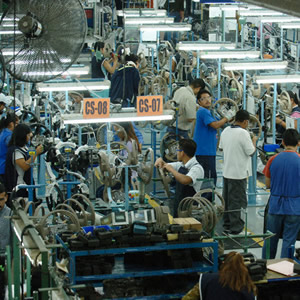 There is a wide field of opportunity for multinational companies to establish their manufacturing business in Mexico known as Mexican Maquiladoras or Maquiladora plants.  In order to operate legally it is necessary to be in compliance with licenses or permits from the Mexican government (Mexican Ministry of Economy) that issues Maquiladora Permits  (IMMEX) to import raw materials and equipment, (mostly), duty free into Mexico for manufacturing, assembly, repair or other processing, in order to subsequently export the finished goods.

In 1965 the Maquiladora program was created with the Border Industrialization Program and has undergone through several changes since then.

The most significant changes:

2006   The Mexican government made the implementation of the decree to promote the Manufacturing, Maquiladora and Exportation Services Industry (IMMEX).

The IMMEX decree consolidated the Temporary Import Programs to Produce Export Articles (the PITEX program, which provided incentives to transnational companies or other manufacturers that operates in Mexico and are selling in the domestic market) and the older Maquiladora program (which provided incentives to multinational companies that are manufacturing locally and their entire production is for export outside of Mexico) into one program.

In the last five years  Mexican Customs Law establishes two distinct customs regimes, permanent importations (outside of the maquiladora or IMMEX program or when the good remains in Mexico beyond the temporary deadline which in most cases and must pay Mexico’s value added tax -VAT) and temporary importations (normally for 18 months-in order to avoid Mexico’s general import tax, avoid paying IVA, and, in most cases, low or no import duties on equipment and materials used for the manufacture or assembly of goods in Mexico).

Recent changes to the laws now allow 100% foreign ownership of Mexican companies, even though there are still some restrictions in areas considered as being in the nation’s best interest (oil, communications, transportation).