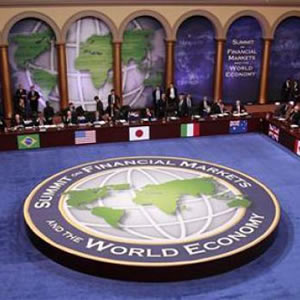 Following the most recent summit, which was held in Cannes in November 2011, Mexico will chair and host the leaders’ summit in 2012.

Mexico’s President Felipe Calderon has officially selected Los Cabos, Baja California Sur, as the host city for the 2012 G20 Summit[1], which will be held in June 2012.

Los Cabos will prepare to receive more than 7,000 visitors for the summit.

Hosting the G20 will allow Mexico to set and shape the international agenda on issues of fundamental importance to their national interest, including financial regulation, trade, jobs etc.  It is expected that one of the priority issue on the agenda is “clean energy”, where Mexico Manufacturing Company will play an important role on the productions of alternative sources of energy.

The G20’s highest priority is to safeguard and strengthen the recovery of their state members’ economies, considering that the G20 countries account for 85 percent of global output and two thirds of the world’s population.

Its members are advanced countries and  also emerging coutries.

G20 cooperates with experts from other international organisations suc as : International Monetary Fund (IMF), the World Bank, the Organisation for Economic Cooperation and Development (OECD), the International Labour Organisation (ILO), the World Trade Organization (WTO), the United Nations (UN) and the Financial Stability Board (FSB) to attend every macro aspect of the world economy.

At the agenda of members with advanced economies stays the priority to halve their deficits by 2013 and stabilize or reduce government debt to GDP ratios by 2016.

Members with an advance deficit will be more focused on national savings while maintaining open markets and enhancing export competitiveness.

[1] The G20 was created in December 1999 in response to the financial crises affecting the emerging countries in the late 1990s. The initial aim was to have the finance ministers and central bank governors of the industrialised and emerging countries meet once a year to facilitate international economic policy cooperation. (www.g20-g8.com)