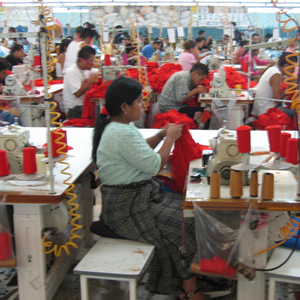 Worrying fiscal news has been published, on June 30, 2011, related with the transfer of goods, where were made changes over sales performed by foreign residents to Mexican residents by delivering goods in Mexico through a certified company with an approved Manufacturing, Maquiladora and Export Service Industry (IMMEX) program.

This is actually a change of the Rules of Character Nature related with Foreign Trade and Value Added Tax (VAT) which took effect as of July 1, 2011.

Tax relief granted as part of Mexico Maquiladora Program, to maquiladora operations has always been an important means by which the Mexican government has attempted to attract and keep export manufacturing.

A maquiladora program is essentially a tax program that allows a Maquiladora to import goods and equipment temporarily without paying VAT and, in the case of goods, without paying custom duties.

This change in the rule is to establish that in this type of sales, the VAT is triggered by the foreign resident, with a few consequences which might affects other areas.  It can be mentioned a few of them: compliance with transfer pricing rules, deduction for tax purposes of the acquisitions made by the Mexican resident, the obligation of the acquirer of the merchandise to withhold the VAT to the foreign resident, etc.