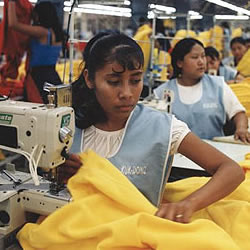 By doing business in Mexico it is important to become familiar with Mexican labor laws.

Mexico’s labor law framework in theory is much more protective of workers than are State and Federal laws in the United States.

The Mexican labor law has its foundation in Article 123 of the Mexican Constitution, and is implemented through a number of Federal laws, including, the Federal Labor Law (Ley Federal del Trabajo), the law regulating the National Housing Fund for Workers (Ley del Instituto del Fondo Nacional de la Vivienda para los Trabajadores), the Social Security Law (Ley del Seguro Social) and others.

Besides the definitions of work hours, overtime and holydays, salary requirements, termination etc, it is important to know the specific details which make it different from others countries labor lows such:

If a work relationship is not specifically defined as temporary from the beginning, there are few circumstances under which a company can legally dismiss an employee without incurring compensation responsibilities.

The unions in Mexico play an important role. The constitution and the Federal Labor Law both favor unionization. Approximately 30% of the Mexican work force is unionized, about twice the U.S. rate, and has comparable rates with the European Union countries.

The unions are protecting the interest of employees, with emphasis on workers with more seniority. This could pose a problem if the senior workers of a company are not the most productive.

This year The Mexican Congress was moving to consider regressive labor law changes that would further undermine rights for workers. It hasn’t been any significant change in Mexican labor law since the passage of NAFTA.

The North American Free Trade Agreement (NAFTA), does not prevent governments from lowering worker rights standards. Governments are required only to enforce whatever national labor laws exist and not the internationally-recognized worker rights established by the International Labor Organization (ILO) conventions. The new regressive reforms promoted by the Mexican Institutional Revolutionary Party (PRI), which have gained support with the ruling National Action Party (PAN), would directly violate ILO standards for basic labor rights. This decision held the idea of preventing foreign direct investment loss and trying to attract more investment in the country. It’s more of an interpretable government strategy than a permanent solution to attract investments in the country.

Lawmakers stepped back from forcing quick passage of the reform after unions and workers took to the streets in protest.