An example of local development competitiveness 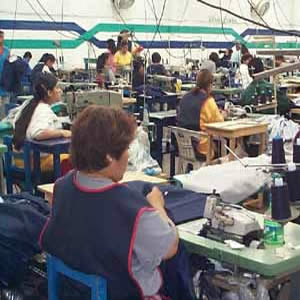 Source: Mexican maquiladoras: New capabilities of coordination and the emergence of a new generation of companies by Jorge Carrillo and Arturo Lara

In   the last 40 years trough the Mexico Maquiladora Program, we could notice an important number of foreign direct investment in the region of Baja California, a huge number of transnational corporations that decided to establish their operations in the region, and step by step different clusters arised (automotive, electronic, aerospace, etc).

Especially the Auto parts and electronics plants in the region are characterized by local integration, with greater diffusion of complexity, technology, organization and skills which can result in arising of local companies, local providers that can determine the local competitiveness.

So for that it is needed the effort and coordination of local entrepreneurs and government in order to  achieve  regional development and growth.

A good example in the state is the opening in 2011 of La Norteña newest packaging plant, in Tecate, Baja California, that can manage its own products and brands that can compete with any foreign company.

La Norteña was awarded with $ 309,000 MXN through a program from the State Competitiveness and Development Foment Law, which is a important decision for helping pushing the arise of this kind of new investment. In addition the State offers through the Economic Development Secretariat (SEDECO), nearly $ 4.5 million MXN stimulus for innovation and several others from the Scientific and Technological Research Joint Fund.

Also this year the government started a program to exempt payroll tax to local companies or multinationals (maquiladoras) who hire women 45 years or older, in order to help a segment of single mothers.