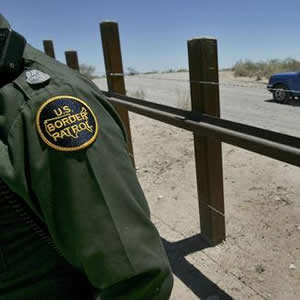 Last week in El Paso, Texas, took place the eighth annual Texas Border Security Conference held at the University of Texas at El Paso (UTEP). The guest of honor at this conference was Alan D. Bersin, the Customs and Border Protection Commissioner for the United States.

The report mentions that border apprehensions have fallen by 73 percent in the last decade. Even if it appears a very enthusiast report over the border, with less criminal activities at almost all the US entries (including Tijuana Border Crossing points), are still showing concern over Arizona crossing where is expecting to still see heavy traffic. I guess the idea of all this enthusiasm is to emphasize the importance of dispelling the myth that the Border is out of control.

Bersin mentioned that the combination of personnel and technology to survey the border are two ingredients to a successful enforcement effort.

The report noted that enforcement is not the only reason for border-security successes, is needed social and educational programs to improvements in Mexico’s economy also.

Later this month at the 2011 Border Security Conference was promoted the theme of Fostering a New Era of U.S. and Mexico Collaboration to meet 21st Century Challenges. Bersin at the conference discussed the progression of border security throughout the years, making special note of the statistical information and historical data which shows the progress of the operational control of the border comparing to the reality of three decades ago.

He also mentioned that by working with its international partners especially Mexico government and military forces, was necessary because both governments are sharing a co-responsibility of the issues to further halt the illegal transport of human cargo and illegal contraband.

In another declaration back in 2009, Bersin mentioned that while drugs go north, cash and guns mainly flow south from the United States into Mexico. In fact, 90 per cent of the weapons seized in Mexico originate in the United States so that’s why US shear a co-responsibility especially for drug trafficking and illegal smuggling.

The situation is much more complex that it seems, mostly because U.S. has always pushed for Latin American countries to hit hard at drug production, without seriously addressing the intern social problems that are the root cause.

It is needed a change in the society, first on the demand side and also at the offering side (better educational programs in Mexico and an honest police force and honest judiciary system). On both sides there are making progresses, but it’s a matter of time and efforts from a generation to another to accomplish this.