Opening of new Consulate offices in the Otay Mesa area

The Tijuana office of the Consulate General of the United States will shortly move into its new offices.  The new building is located on Paseo de las Culturas in the Otay Mesa area (up the road from the Bus Station).  The new building was constructed at a cost of approximately $120 million USD.  The project begin in February of 2008 and will be ready for operation during the third week of July, 2011.  The new  installations represents the dynamic and  strong friendship between the two countries.

The new complex was designed by Integrus Architecture of Spokane, Washington and is LEED Certified (Leadership in Energy & Environmental Design), and consists of a main building, workshops and gardens that cover more than 10 acres.  The buildings provide for ample space for consular services with 47 service windows available, assistance to U.S. citizens as well as space for cultural and informative events.  This new space will integrate all U.S. government agencies currently present in Tijuana for better corrdination.

Public services will cease on July 8, 2011 in the (old) current locations.  Consular services will begin in the new location on Monday, July 18, 2011.  Telephone services currently available will continue uninterrupted at (664) 140-6041 [general information, visa appointments, etc.].  We ask those persons who have applied for a visa to pay special attention to the instructions provided them at the moment of their application.  The “CAS” offices [American Citizen Services ACS] will continue operating in a normal manner.

Beginning July 18, 2011 the new telephone numbers will be:

Note: the Consulate General will shortly be organizing a tour of its new installations. Look for a future press release 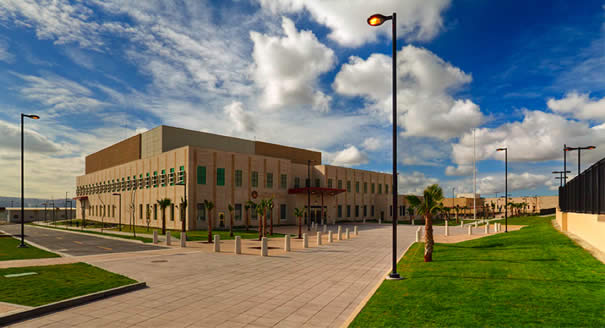